Yesterday,the contestants for the Big Brother Naija life show were given a task to sing any song by the following Nigerian artiste; Tiwa Savage, Teni, Dj Cuppy and Davido in the Pepsi’s know ya lyrics challenge.

Khaffi and Mike found the tasks a bit difficult as they do not know most of the lyrics to the songs but other housemates helped them through the task, which made it easier for them.

However, the least expected housemate won this challenge. Jackye who has been said to be less active in the competition won the 1.5 million naira with a full expense paid trip to Dubai for the One African Music Fest .

There are three major lessons we learnt from her victory and they will be discussed below; 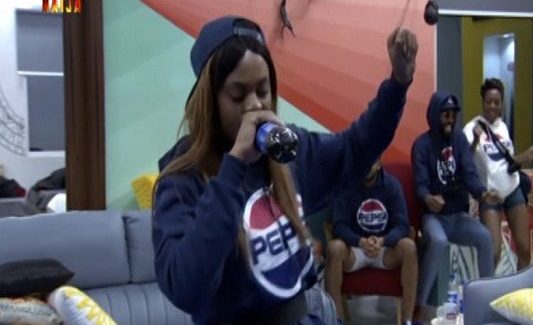 BBNaija Jackye during the Pepsi Challenge

Jackye, despite being a Nigerian, kept on rehearsing her lines till she mastered it. No matter how good you think you are in that field or task you are involved in, you can always do better, so, keep practising. Constant effort at mastering a thing helps put one at a better advantage over others, no one can ever know it all.

Jackye kept asking for help from her other housemates, there were some things she had to change and some parts she had to unlearn. You can never know a thing too well, there are times you will have to push aside that knowledge you think you have so you can learn new things, be ready to do this. Also, there will be situations where you will have to unlearn some things and feed your mind with new discoveries.

It is important to note that no one is perfect all alone, therefore, it is important to always participate in team work when necessary. Jackye worked hand in hand with her team and this pushed her to victory. Therefore, as important as dedication is, team work is more important. Always remember, two heads are better than one.

BBNaija 2019: Khafi breaks down into tears over Gedoni [VIDEO]