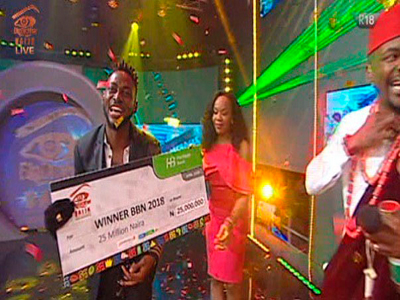 As reality television show, Big Brother Naija, is set to start on June 30, a major leak has revealed major upgrades of the house located in Nigeria.

Insider sources also revealed that there have been multiple teams and vendors working day and night shifts on the project.

“The pace has been fast considering the scale of the development, the complexity and number of overlapping processes”, the source revealed.

Although MultiChoice have not disclosed the exact location of the house, fans of the famed show are eager to see what the house would look like as the house is an integral part of the show.

During a media briefing in January, Chief Customer Officer of MultiChoice Nigeria, Martin Mabutho, said it will be the first purpose-built facility in Africa and perhaps in the world housing all the zones in one complex. Previous facilities had the house, studio for the live shows, production and post-production units all in separate buildings and sometimes in different locations. This new and improved BBNaija house measures about 1800sqm with an additional 250sqm for support building services such as the sick bay and artiste lounges and is designed and built to be bigger and better than any of the Big Brother Africa or Mzansi houses. For example, the studio for the live eviction shows is said to be double the size of what was in the house in South Africa, which means we can expect bigger performances, wider coverage of studio audience reactions and other stage and sound production. Fans should also expect to have more camera vantage positions in the house to capture even more content as the house is designed to take 7x hand held cameras and 32 que ball cameras that will capture every activity in and outside the house.

Speaking of the house’s exterior which will have a garden area which provides grounds for a jacuzzi and other outdoor recreational activities, the insider promised that the garden area will be the most beautiful BBNaija garden.

Then there’s the arena where the adrenaline racing Friday night games happen. This area will also be receiving a major upgrade by up to 270sqm, providing more room for pulsating ground and mid-air activities, themed games, puzzles and competitions this season. The in-house club would also be better equipped to give the housemates this season more room to party with celebrity DJs.

Although the general layout of the BBNaija house is the same every year, the décor varies for each season based on the theme. This year’s theme is yet to be unveiled.

Since its debut in 2006, BBNaija has helped to enhance the quality of TV production in the country. It has also facilitated technological transfer between Nigerian and South African production firms who managed the inaugural show. Aside from these technical firms, other groups that range from the editorial crew to makeup artists and costume designers earn on the show

Read Also:BBNaija Cee-C Gets A Mercedes Benz As She Bags Another Endorsement Deal -uti-reacts. (Video)

Ex-BB Naija Star, Nina Reveals 20 Things You Shouldn’t Do On A First Date