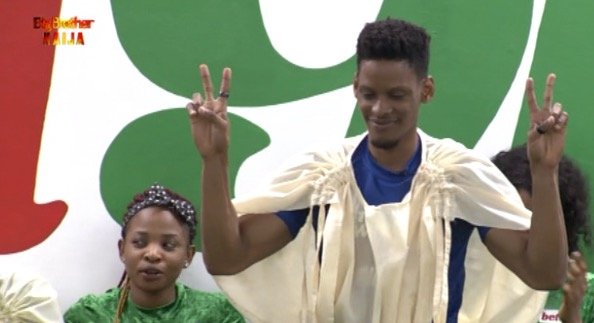 Elozonam has won the Bet9ja Arena Game. He completed the six-course challenge in one minute 55 seconds to cart away 400 Bet9ja Coins. Omashola came in second place and he was rewarded with 200 Bet9ja.

The Housemates faced six challenges on the farm. They started with milk delivery, where they fetched milk, poured it into two bottles and delivered it on the welcome mat. Next was egg supply. Here, they were to move 12 eggs from the chicken nest using a single hand. How tricky. After they complete that course, they juiced an already sliced orange into a jar. When they accomplished this challenge, they climbed a ladder and from there, the farmer’s delight where the Housemates harvest cassava using their hands. The final challenge on the farm was noosing the goat.

All the members of the Pepper Dem gang finished the six courses except Tacha who found it difficult to throw the noose at the goat. It seemed like the goat was not in a hurry to get roasted. To Tacha, we say better luck next time. 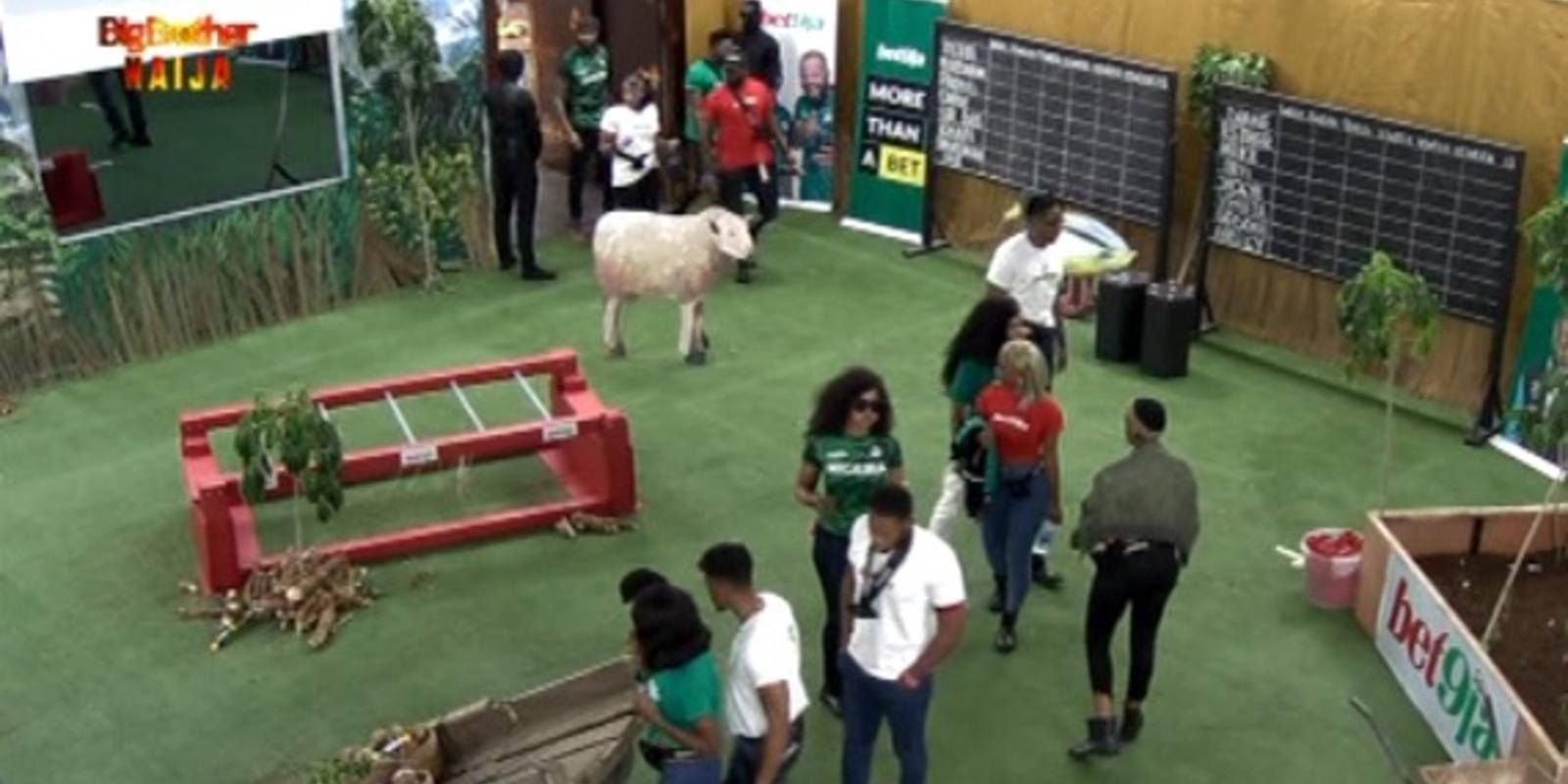 Before the Games, Big Brother addressed a few Housekeeping rules with his tenants. According to Biggie, there are three things that will no longer be tolerated in the Big Brother Naija House.

First is the nonchalant attitude displayed by the Housemates when called upon by Biggie. While on this topic, the Housemates were to take Diary sessions confessions sacred and they were not to wear bathroom robes or come shirtless (as in Mike’s case) into the Diary Room.

Second is their lack of preparedness and readiness for Task. They are to maintain discipline at all times in the Arena and that includes no bringing of food or drinks into the Arena.

The third item on the list was having discussions in a whisper. Henceforth, Biggie has ruled out having conversations in whispers in the House. If they must gossip, they should find a secluded place and gossip away. If the Housemates are caught flouting these rules (which is the norm) they will be punished or… worse. Big Brother has spoken; we hope the Housemates’s ears were open to receive warnings. 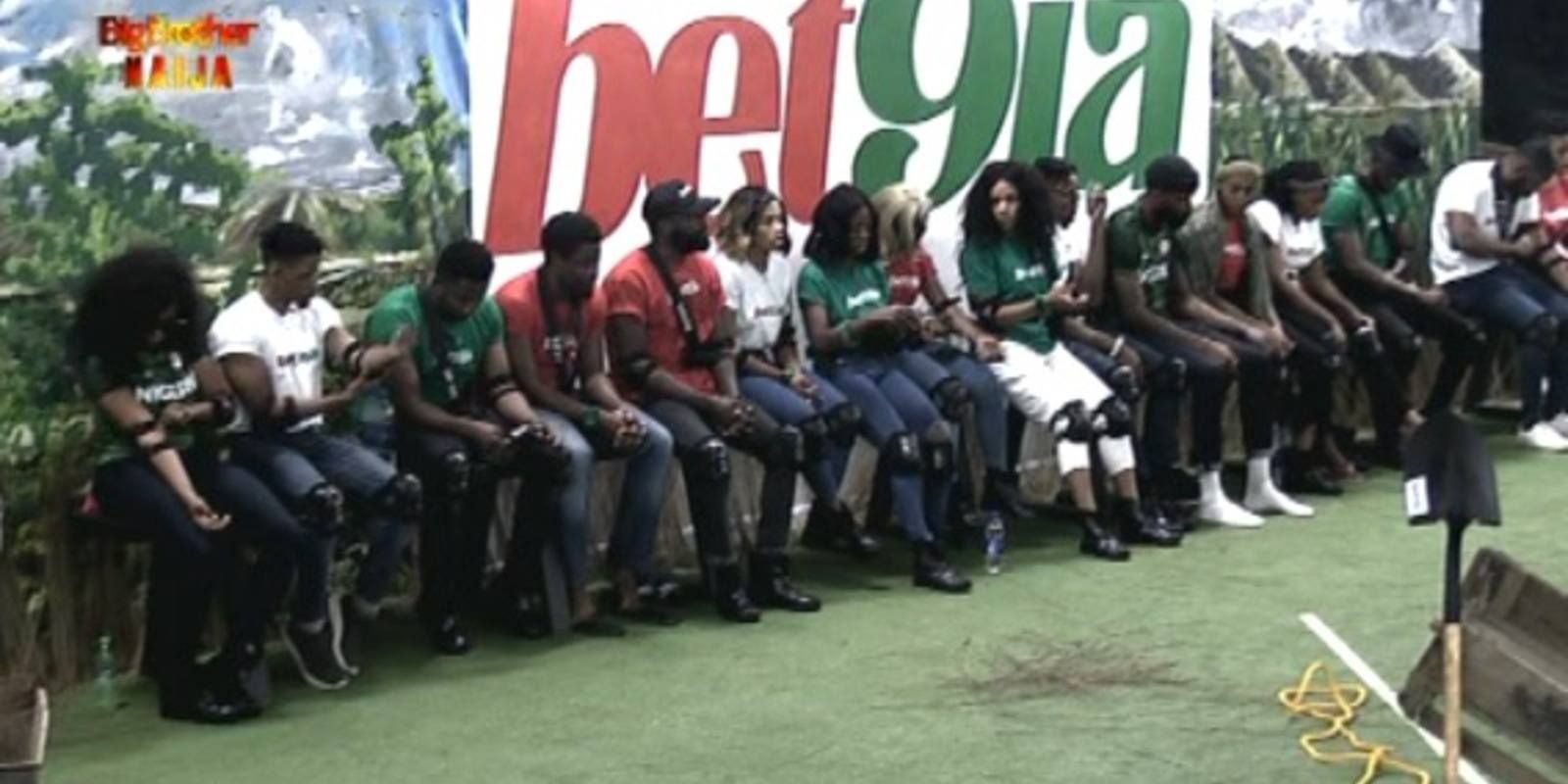 It was not just Elozonam and Omashola that smiled to the bank with Bet9ja Coins, Team Cruisetopia also received 20 Bet9ja Coins for teammates speed in the Arena. In a way, this reward seems like a consolation as they lost this week’s Wager. 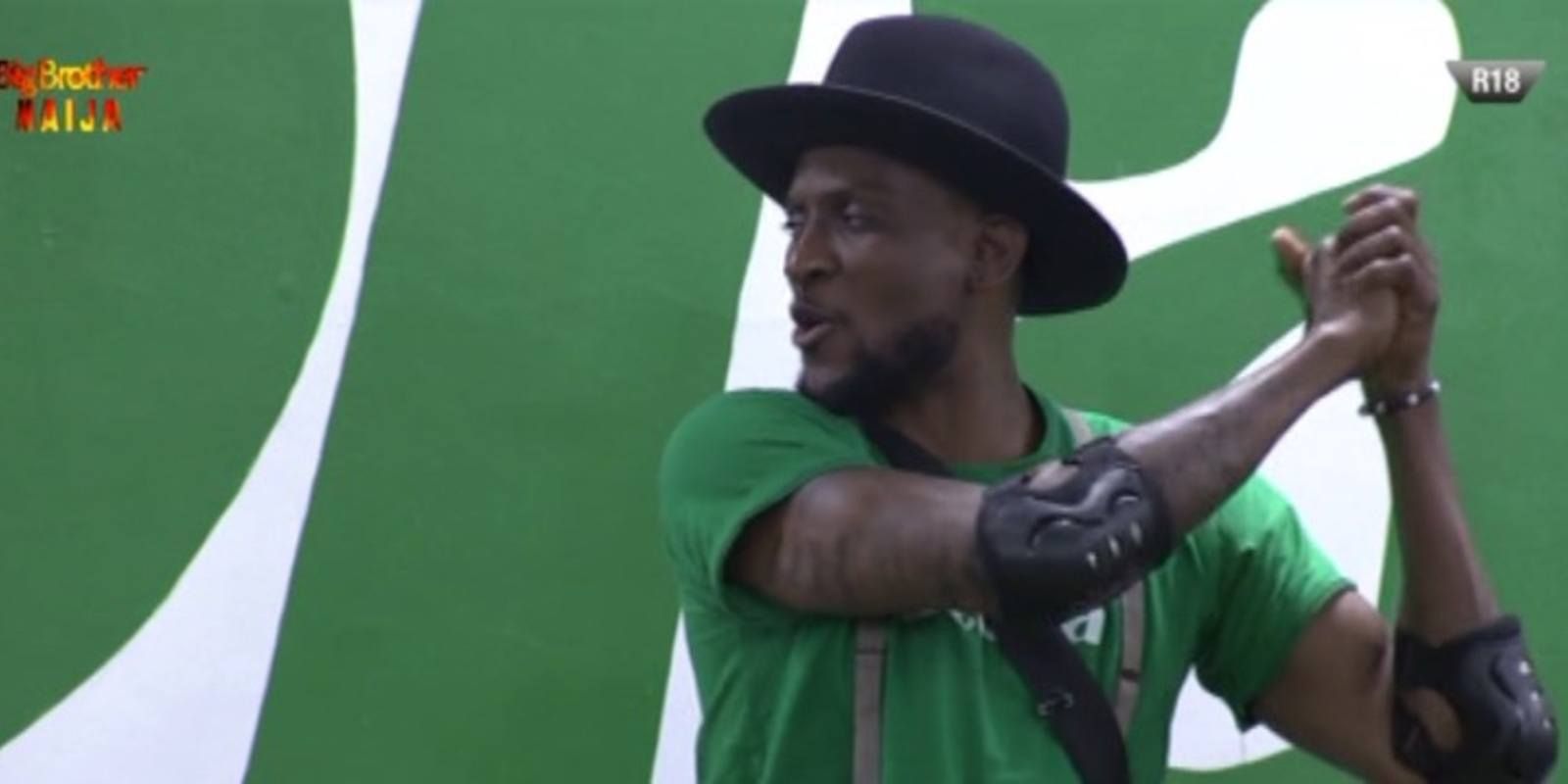 Congratulations to all the Housemates who won at the Arena tonight. We hope the winning streaks continue.

BBNaija 2019: Elozonam Reassures Diane she is not leaving during sunday eviction