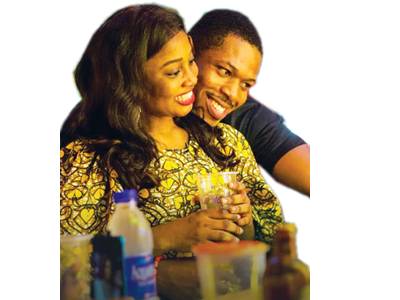 It is no doubt that the ongoing romance between housemates Esther and Frodd is steadily causing a major buzz on social media and in the ‘Pepper Dem’ house as well. Recently, Nigerians reacted to the photo of Frodd washing Esther’s undies.

Fellow housemates, Mercy and Diane agree that Esther’s relationship with Frodd is only a strategy for her to remain in the BBNaija reality show.

After the last eviction show, Esther changed the dynamism of her game strategy when she told Ebuka that she has gotten to know Frodd and as such a change in the course of their relationship.

Mercy who expressed her displeasure over the way Esther toys with Frodd’s heart, had this to say: “Frodd is love, his type of love is too rare. Esther is acting just to be seen around him always”

She added that Esther does not deserve Frodd’s pure love.

Diane, who agreed with Mercy’s opinion on the matter, revealed how shocked she was to see Esther move on from liking Nelson to Frodd and has recently been hanging around him frequently.

Diane said: “Esther thinks that being in a relationship will get her more fans outside the House because she thinks the audience will appreciate couples more.”

This comes several weeks after Esther turned down Frodd’s relationship proposal, leaving him in tears.

Esther had made it clear to Frodd that she didn’t want a relationship and that they weren’t friends. Although she was gentle about it, it seemed to have wrecked Frodd so badly he couldn’t help but shed tears.

Still on BBNaija relationships, evicted housemate, Gedoni, set tongues wagging on social media after a recent interview he did went viral on the internet. In the video, he was alerted of how famous he had gotten on Instagram and then asked what message he would love to send across to Khafi in the Big Brother Naija show. Turning to the camera, he apologised to her for not standing up for her when he should have, and then ended the message by confessing his love for her.