BBNaija 2019 is getting more interesting as two of the housemates Isilomo and Frodd have begun to act all romantic with each other. 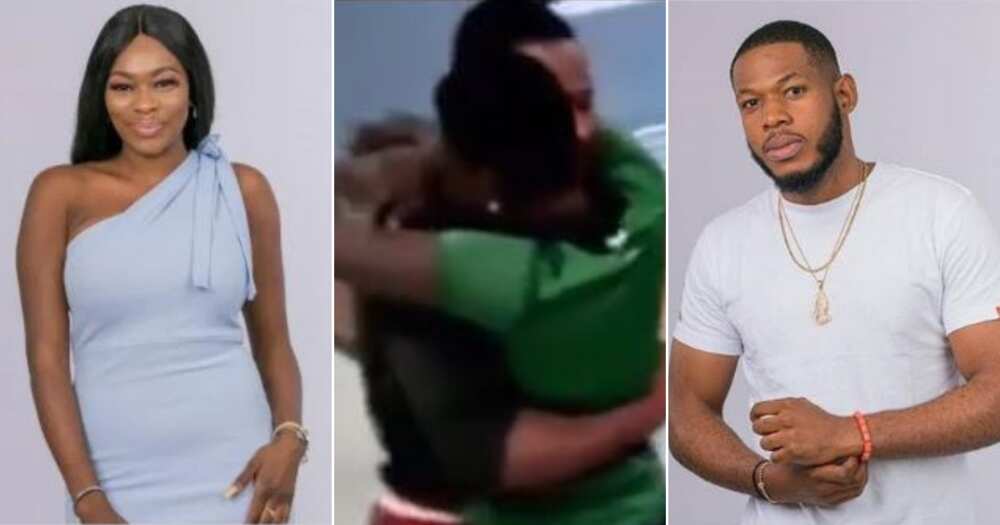 With the regular smooches, love gestures and hugs they are doling out at themselves, it would seem that they are well on the way to being the first couple in the house.

Also Read: Bbnaija 2019: I was a Virgin in a Six Years Relationship – Jackye Revealed

In another post, a statement from Frodd was quoted. He told the rest of the housemates that he is Isilomo’s ‘G’. As it appears, he already knows enough of her to be her close friend.

Even more, a video of Frodd and Isilomo smooching and hugging romantically has gone viral on social media. See the clip below:

The #BBNaija 2019 tagged ‘Pepper Dem’ kicked off on Sunday with twenty-one housemates battling for the winning prize of N60 million.

BBNaija 2019: Isilomo Revealed How She Lose Her Job Because Of Bbnaija Audition ( Video)

Bbnaija 2019: I was a Virgin in a Six Years Relationship – Jackye Revealed