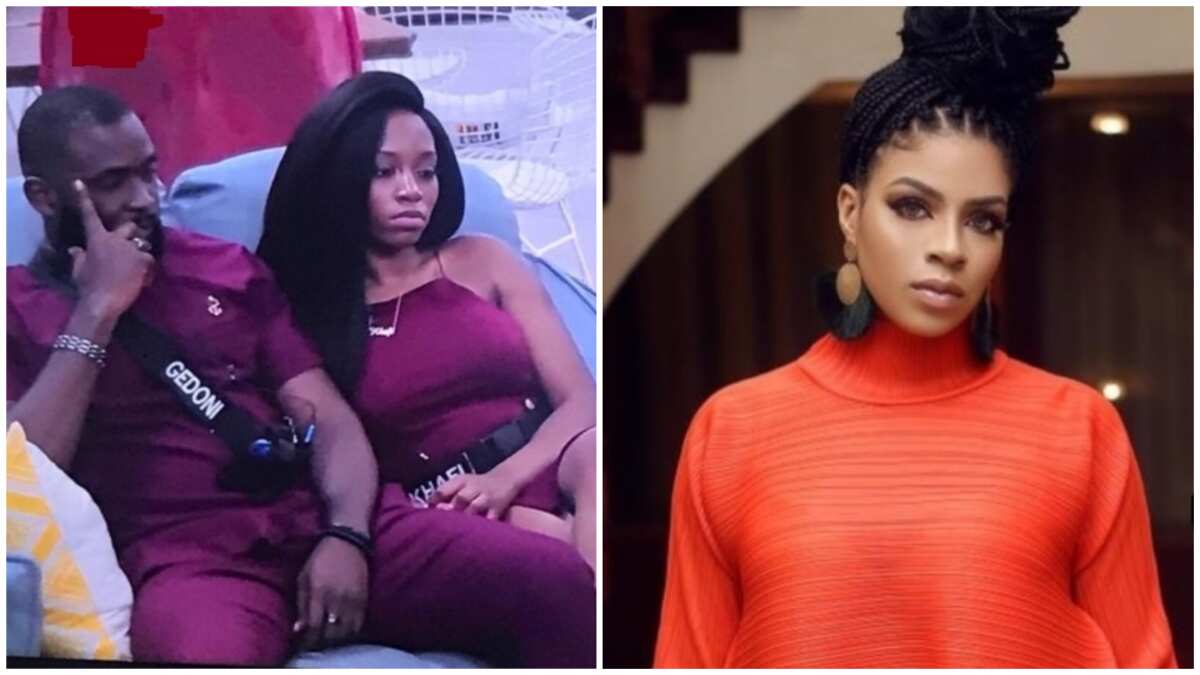 Unlike when it began, the drama in the ongoing Big Brother Naija house seems to be heating up as housemates pair up in relationships, birthing a love triangle between Khafi, Gedoni and Venita.

Recall that Venita was one of the new housemates introduced to the house on day 30 of the reality show and the female housemates have since seen her as a threat. However, on Sunday, Venita started the conversation after the live eviction show which had the host, Ebuka, questioning Khafi about Venita’s intrusion into her relationship with Gedoni. Gedoni approached Venita who was angry at Khafi for discussing her relationship with other housemates.

Speaking to Gedoni, Venita had noted that Khafi would not stand a chance if she decides to have him. Gedoni who appeared in between decisions simply hugged Venita and planted a kiss on her cheek.

This development has stirred reactions from BBNaija fans as some accused Gedoni of toying with Khafi (who currently has a charge against her for having sex on live TV with Gedoni) while others attacked Venita, describing her relationship with Gedoni as a strategy.

Meanwhile, the continuous display of live sex has finally gotten the Federal Government’s attention as it has lodged a complaint with the National Broadcasting Commission (NBC). The complaint led to an arrangement for the launch of a modified reality show where the true Nigerian culture would be promoted.

The Director-General, National Council for Arts and Culture, Otunba Segun Runsewe, disclosed this during a visit by the President of the National Council of Women Societies, Dr Gloria Shoda. It is also expected that the NCAC will represent the 2008 Nudity Bill titled ‘A Bill for an Act to punish and prohibit nudity, sexual intimidation and other-related offences in Nigeria,’ sponsored by the former chairperson, Senate Committee on Women and Youth, Eme Ekaette.