The Pepper Dem gang introduce their kids before they go off partying.

No one has the perfect blueprint on being a good parent, but when the Task presented itself, the Housemates had no choice but to embrace it.

After being charged with the responsibility of taking care of an egg-like it was their own child, the Pepper Dem gang were asked to introduce their respective eggs to complete one out of the two final challenges for the weekly Wager. The Pepper Dem gang made a show of parenthood and the joy of it as they took turns introducing their eggs to the rest of the Housemates. As they each introduced their eggs, we wonder if the Housemates were really proud parents or the fear of losing out on the challenge brought out their maternal and paternal instinct.

Remember Housemates have been divided into two groups and the success of each group member depends on how well each Housemate performs.

After Party with Oppo

What better way to end an amazing fashion show? Partying with the rest of the gang! The Pepper Dem gang showed off the moves we only get at the Saturday Night Parties at the Oppo Mobile after party. Dressed in their attire for the fashion show, the Housemates partied to the thrilling sounds sent in motion by DJ BeeJordan. 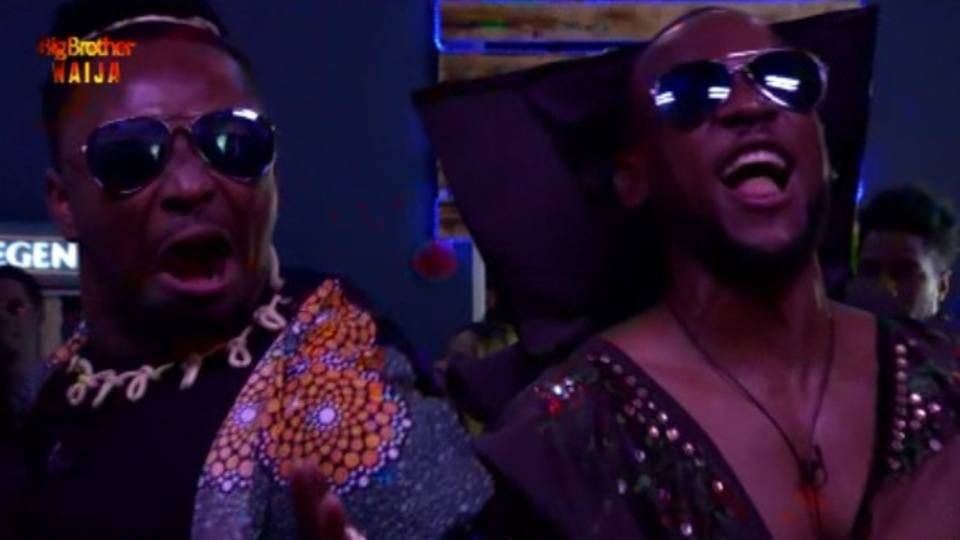 In a pleasant twist, there wasn’t any after-party drama, instead, it was a lighthearted atmosphere that saw Seyi and Tacha resolving old issues. Both spent time airing their grievances and settling differences. Seyi and Tacha weren’t the only one mending fences, Frodd and Esther were also having a heart to heart. Frodd was intent on rekindling his romance with Esther. He took time to tell her the instances where she wronged him in a bid to make amends and possibly work on their relationship. 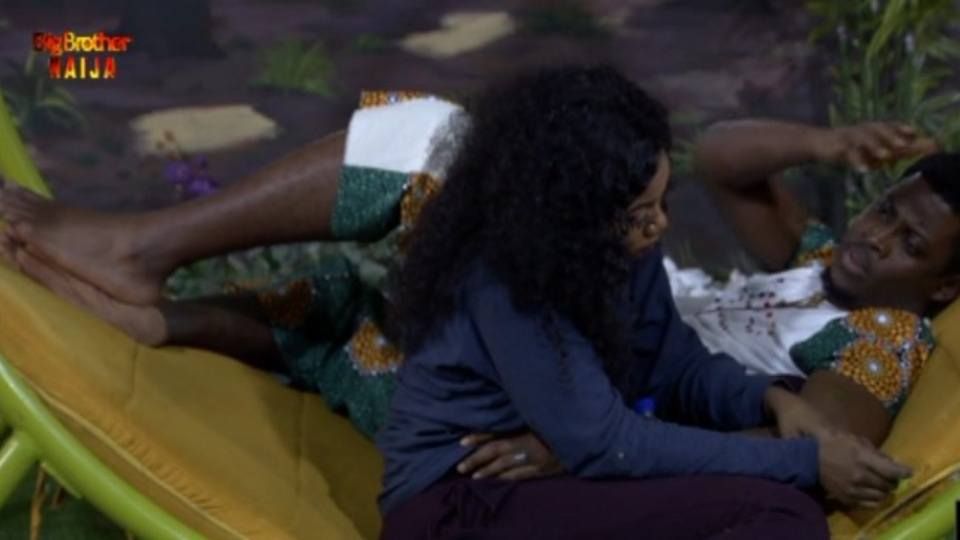 Should we expect them to rekindle old flames? Whatever the case may be, we can’t wait to see things unfold.

With SuperSport, it’s always football time and the Pepper Dem gang are not left out in the frenzy that comes with the new football season.

The game just got tighter between team Icons and team Cruisetopia…

With three activities planned for them today, the Housemates were first Tasked to unleash their individual football abilities.

Adorned in SuperSport t-shirts that were worn throughout the duration of the activities, the Pepper Dem gang participated in a fun football puzzle where each member of both the Icons and Cruisetopia teams had to match some of their football stars to their clubs and leagues.

For this first Task, the Housemates had to play the puzzle challenge in their bedrooms – which barred them from using the bedrooms until the end of the challenge. Sorry, sleepy Ike.

At the sound of the buzzer, each team had a total of ten minutes to enter the bedrooms, pick a single puzzle and solve. Once the team got satisfied with their solution to the puzzle, they had to proceed quickly to the next bedroom and solve a puzzle in that room.

The second activity on today’s menu involved a game of – ‘How well do you know your football stars?”

The third part of the football Task was a simple game of football in the garden. The Icons and Cruisetopia teams took turns in impressing the special guests – Mozez Praiz and Joseph Yobo – with their special football skills. 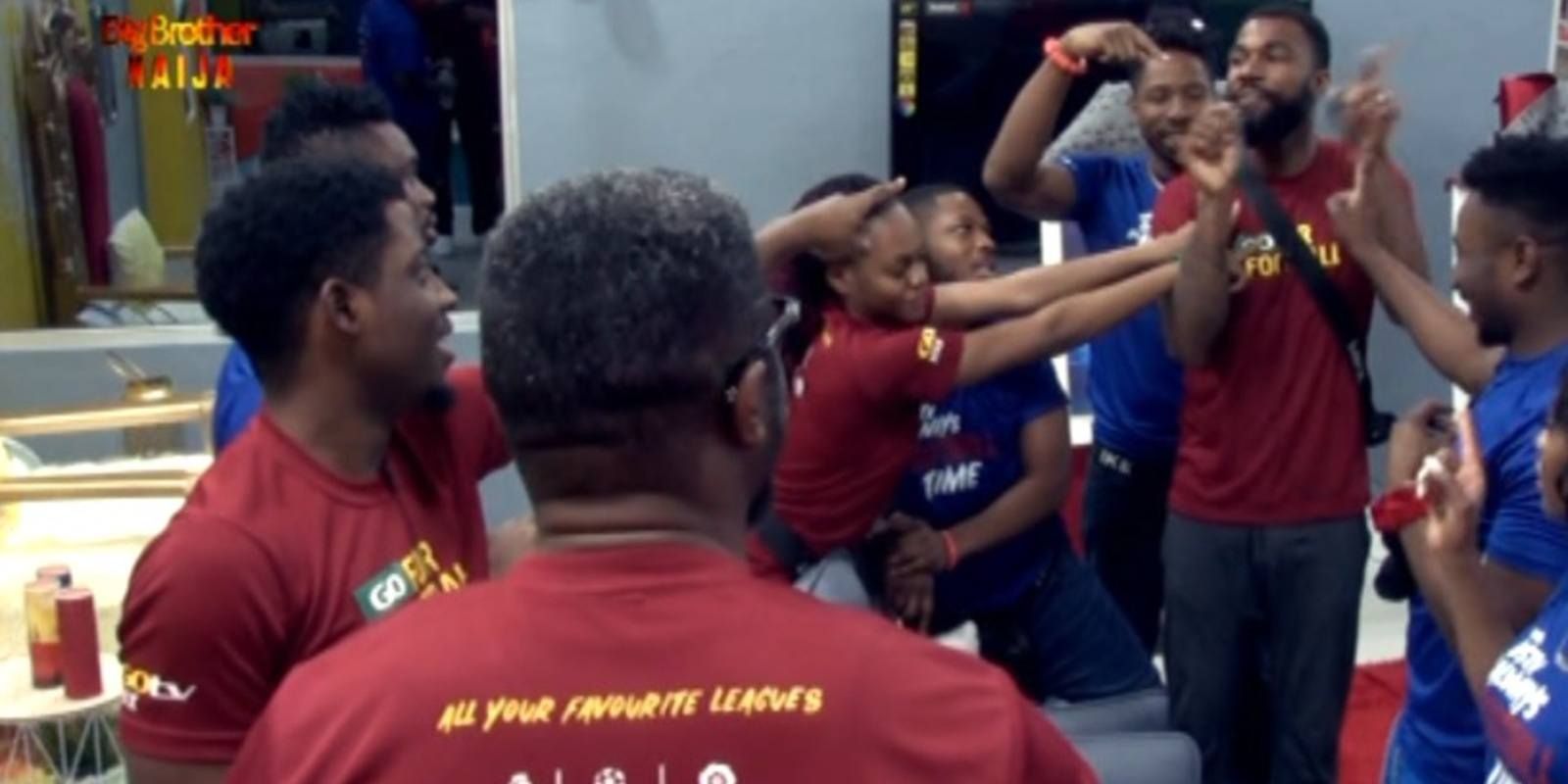 First, we had the Icons who stood out during the puzzle Task as they correctly defended the game which was met with sounds of victory. Afterwards, the Housemates were ushered into the garden for the final lap.

Upon her first attempt, Mercy wowed her fellow Pepper Dem Housemates the moment she scored a well-deserving goal. It’s football season and Mercy showed the Pepper Dem gang that she’s football ready. Her win for the Cruisetopia team was met with loud claps and a big hug from her team members.

Another win for Cruisetopia team as Gedoni successfully juggled the ball 45 times, without a break. Of course, this clearly spelt a big win for the team, especially for the leader of the cruise gang association – Mike.

The game just got tighter as each day unfolds challenges for the Icons and Cruisetopia teams. How well will they survive in this battle?

I Got Teddy A as Bonus from #BBNaija House – BamBam