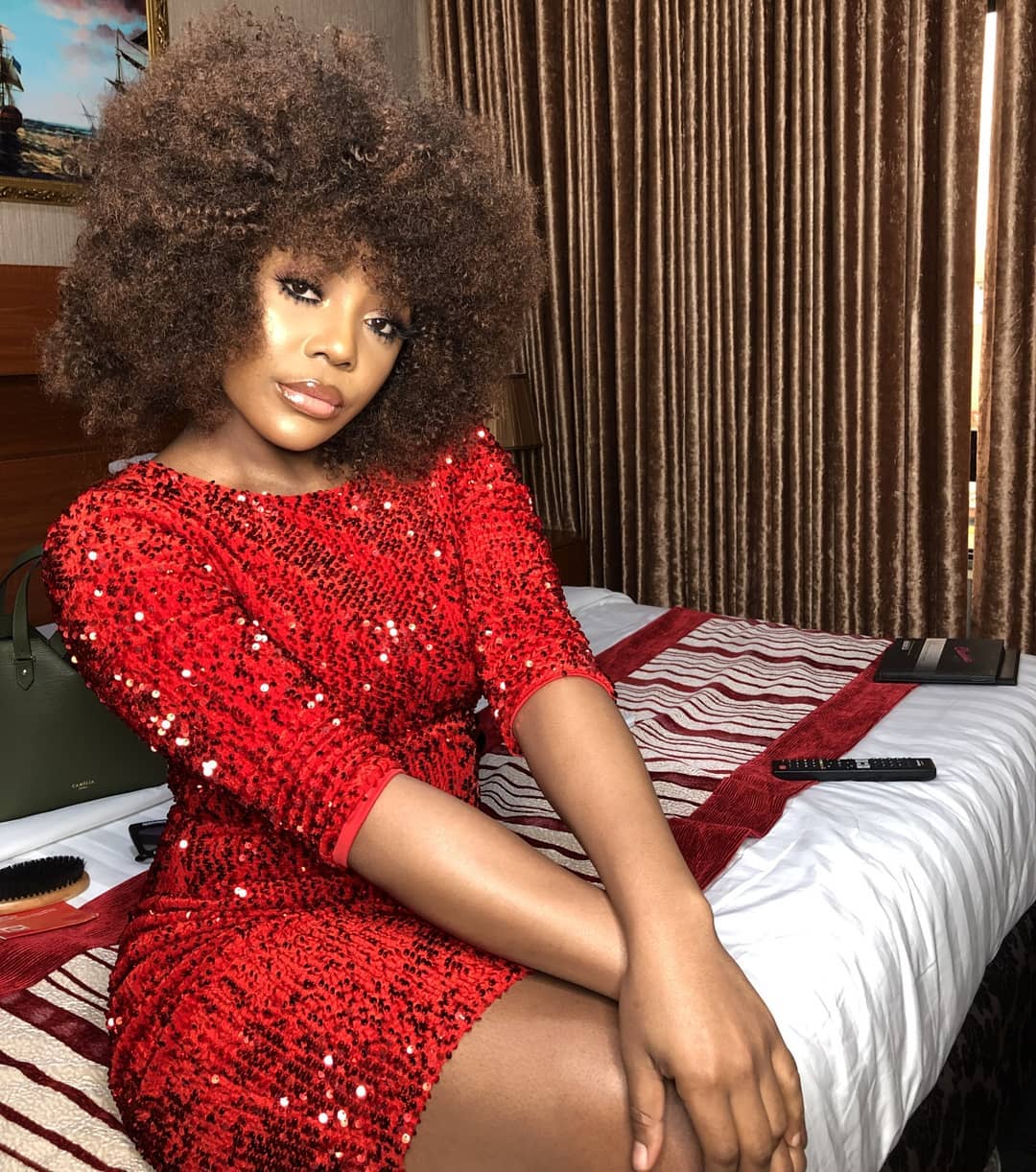 Sharing the photo, she wrote ;

Screenshot of the chat Ifu Ennada had with the man she doesn’t want in her DM, came with the caption; ‘The type of men I don’t want always end up in my DM.

Recall that the reality show star had before now, disclosed how she almost dated a guy with low self-esteem. 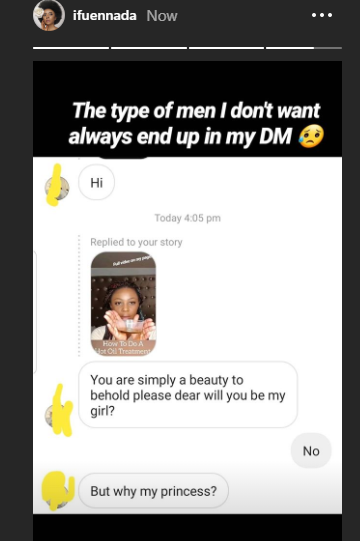 According to her, his low self-esteem was incurable hence the collapse of the relationship.

On being single, she said;

“I am not dating anyone but I want a boyfriend. Honestly, the truth is that I want to date not because of the money but because I can take care of myself. I want to date because I need a companion. Sometimes I come back from work and meetings or sometimes it could just be some mental and physical work I’m doing in my house and I could just need some hug.”

Then she went on to share her experience with a guy she thinks had low self-esteem and so couldn’t handle a relationship.

“I almost dated some guy some months ago but his low self-esteem was beyond incurable. If I tell you how much I gave this guy, you know and it was free money.

Because you are going through stuff, borrowed money from someone and I am helping you out and all of that now transform to low self-esteem and I get all of that…it was just really really sad because I felt like it was something that was gonna work, I liked the age, I loved the character but what I didn’t like was that there was that low self-esteem and honesty I can’t deal with that,” she concluded.