One of the Big brother Naija Double Wahala housemates, Bitto has once again addressed his very big manhood issue at the ongoing Re-union show. 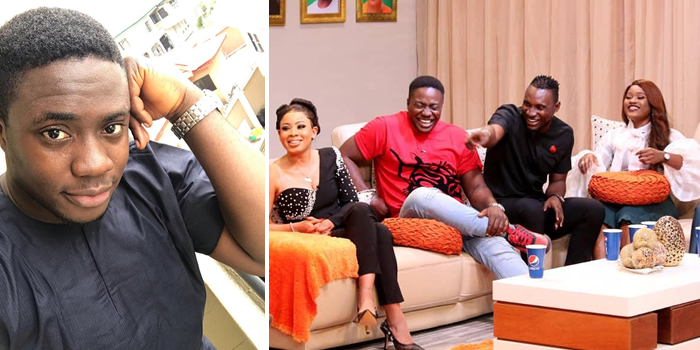 If you recollect, Bitto was criticised while in the Big

Brother Naija house in 2018, after it appeared he had an erection while hugging fellow housemate, Nina.

He however revealed in several interviews after the show ended, that he is well endowed down there and this was even confirmed by another housemate Vandora, who was captured on camera barging in on Bitto while he was naked.

Also Read: #BBnaijaReunion: Tobi Explains His Friendship With Miracle and Alex, and Why He Never Nominated Them For Eviction {Video}

Vandora had said in an interview on how scared she was on that day she saw Bitto’s manhood.

‘So you guys did not see how I screamed and ran out of the bathroom the day I saw Bitto’s erection in the bathroom, I was really shocked’ she said.

Most Read: Tobi says To Ebuka’s “ I wouldn’t ave been angry if Ceec Won”{Video}

See Tobi and His Mother Photo

#BBnaijaReunion: Tobi Explains His Friendship With Miracle and Alex, and Why He Never Nominated Them For Eviction {Video}