Share This Post On social Media
Miracle Is Fake, He Left Whatsapp Group, Snubbed My Show – Dee One 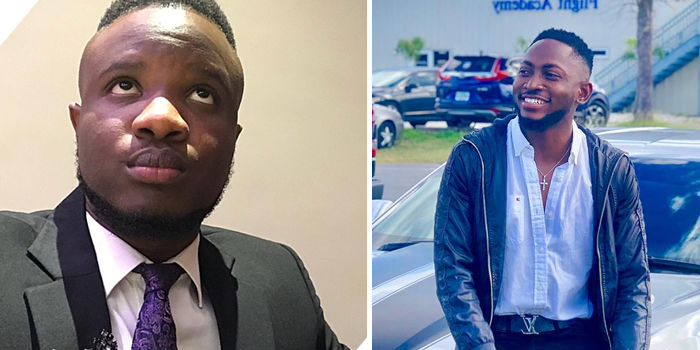 Big Brother Naija winner Miracle has been accused of being fake, so arrogant that he left a Whatsapp group created for BBNaija 2018 housemates and failing to support by fellow ex-housemate and comedian, Dee-One.

During the DoubleWahalaReloaded BBNaija reunion show last night, Dee-one lamented how Miracle was the fakest of all housemates and how Miracle hasn’t been there for different housemates.

According to Dee-one, Miracle exited a WhatsApp group he created for all ex-housemates and didn’t acknowledge an invite for his comedy show. Teddy A added that Miracle didn’t show up to his listening party, either, but he didn’t take it personal.

Press play to watch the video below. 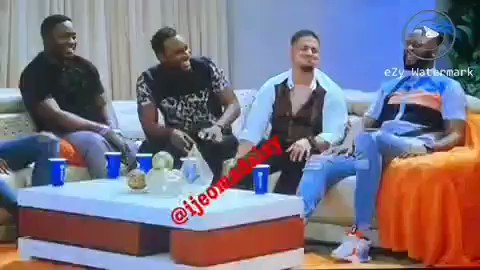 Miracle’s very loyal fans all came to the pilot’s defence, some slamming Dee-one for being so jealous. Read tweets below:

These guys don’t understand. Miracle want none of these drama, he wants out of the fame, he had a goal he stuck to it got the money and he’s gone for his goal. He his living his dream. He doesn’t want to trend or shoot a movie or fight fans on IG and Twitter.

Read Also:Bam Bam Is The Most Unprofessional Actor I Have Ever Met’ – Actress, Chinenye-Love Ez

The only thing today’s episode of #DoubleWahalaReloaded confirmed to me is that, Miracle is EXACTLY how I judged him to be.

These boys never wanted Miracle to win and made it clear but expect him to support them and attend their events?? FAT JOKERS!!!

Someone that had a short diary session with Biggie.
Miracle I Stan abeg

You say shit about him in and out of the house,and you expect the Miracle i know come to ur dry stupid useless joke shows because you feel you are who again?.. @DeeoneComedian wtf who do u feel ur stupid self is..Mimi can’t pretend so get this straight n move the fuck off #bbnaija

BBnaija 2019: Tobi Has Long Inches Of Dick Says By Fans