2017 BBNaija star, Uriel Oputa, has taken to social media to warn married men to stop asking her out and her reasons are pretty interesting. If there is anything BBNaija Uriel knows how to do other than make amazing dishes and beautiful wigs,

it has definitely got to be pouring out her feelings regardless of whose ox is gored. She recently took to her Instastory to advise married men to stop asking her out and leave her alone for the single guys.  In a post, she warned them to stop asking her out, stating she can’t be seeing a married man in hiding as she would have to be on the look out for the married man’s wife when she’s out with him. 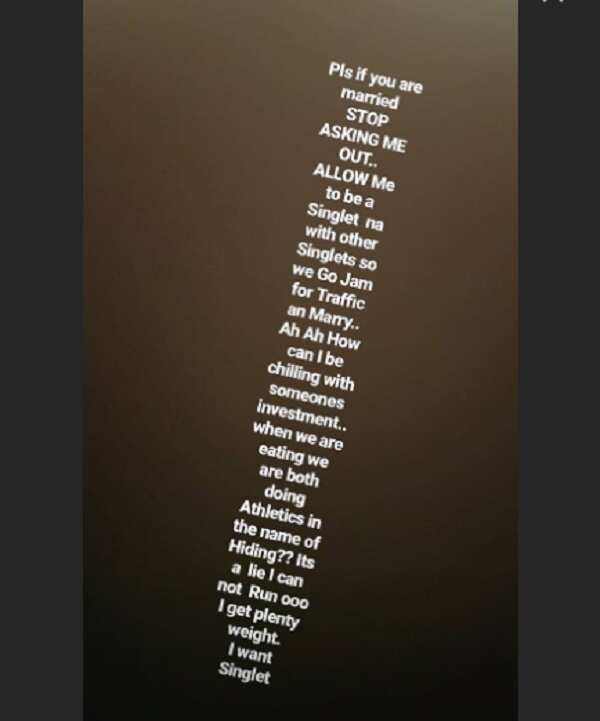 instagram Her post comes shortly after 2018 BBNaija star and business entrepreneur, Ifu Ennada, opened up on her stance about marriage which she doesn’t consider an achievement. According to her, marriage is not the ultimate factor that determines a person’s happiness, and for this change of mindset, she is grateful to God.

She went further to say that being single and celibate for a while now has opened her eyes to a lot of things and while she used to formally nurse the thought of not getting married, she has now fallen in love completely with the idea.

Read Also :BBnaija Angel freestyle Mad Over You With His Guitar (Watch Video)