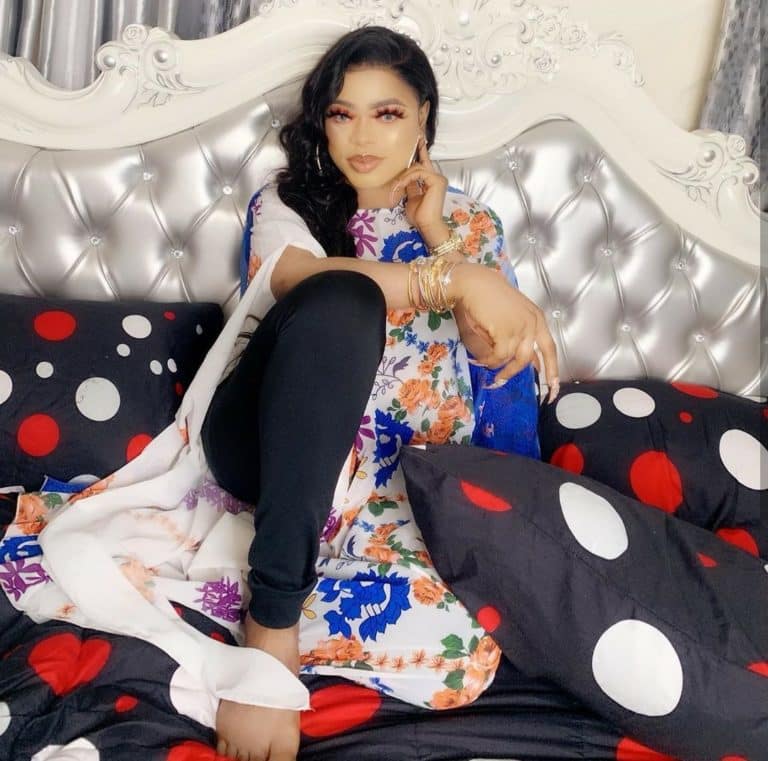 Controversial Nigerian cross-dresser, Okuneye Idris Olarenwaju alias Bobrisky got beaten up by a man after he had bashed her car along Jakande road in Lagos state.

Bobrisky had proceeded to take photos of the car’s plate number while arguing with the owner of the car, who in turn, got upset at her actions.

The yet-to-be-identified man tried to stop the male cross-dresser by hitting her hands twice, causing her phone to fall.

The male cross-dresser took the man’s bag and ran towards her car but she was soon chased after by the man and a fight broke out between the two.

The man beat up Bobrisky inside her car before onlookers and spectators tried to settle to fight.