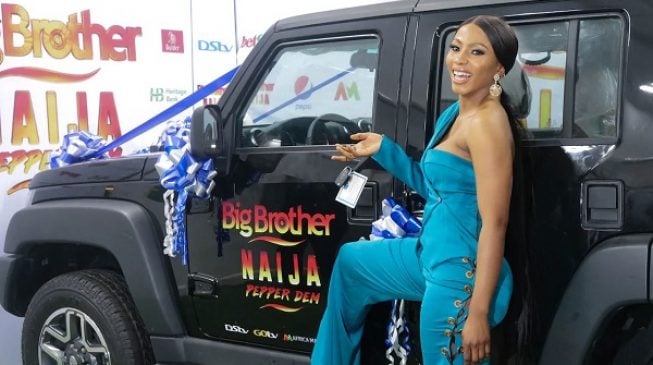 Much has been made of the record-breaking number of votes received in the fourth season of the Big Brother Naija reality show. A lot has been said on social media about the N7.2bn monetary value of the total 240 million votes and the profitability of the ‘Pepper Dem Gang’ season.

Amidst all these conversations, little attention has been paid to how the show provided a platform for emerging brands, companies and businesses to make money as well as provide employment for thousands of Nigerians.

To fully grasp these economic benefits, here is a breakdown of how BBNaija impacted the country’s economic and business landscape.

(A) Visibility, Engagement and Talkability For Brands

By taking turns to sponsor prizes for the weekly tasks embarked upon by housemates, brands like Pepsi, Bet9ja, Innoson, Zaron, Oppo, Legend, Gulder, Darling Hair, Lumapil Forte, Indomie, among others, enjoyed increased visibility, talkability and optimum exposure as millions of viewers across Africa tuned in to watch the show daily.

The brands also benefited from the non-stop social media engagement guaranteed from being associated with the show. According to a report by The Future of Work, a data analytics, consulting and training firm, seven brands had 206,905 Twitter mentions in conversations bordering on the show.

These brands include MunchIt, Oppo, Heritage Bank, Pepsi, Dano and Bet9ja. Of the seven, Bet9ja was said to be the most-talked-about, largely because it was a title sponsor and supplied the hotly-contested game coins to the housemates.

(B) Economic Opportunities And Employment

A few days to the conclusion of the reality show, Ebuka Obi-Uchendu shared a picture of not less than 100 crew members who toiled day and night behind the scenes to bring the show to viewers. “Just a few of the crew members who made the #PepperDem season work. It really does take a village,” the three-time host of the show captioned the photo.

By taking on board several ancillary and freelance staff, organizers of the show have also opened the gateway for future economic opportunities because the crew members can now leverage on the BBNaija experience to secure lucrative gigs or take part in productions on a similar scale.

In another instance of a ripple effect, the crew members will now find themselves in a stronger negotiating position when engaged for future projects by virtue of the fact that they helped in the production of a largely hitch-free show of such magnitude.

The show also provided employment for several indirect employees such as security guards, janitors, carpenters, interior designers, accountants, among others.

Every week while the show lasted, vendors and businesses were contracted to supply necessities such as food and branded wearables to the house. The BBNaija platform provided a ready market and publicity for many of such entrepreneurs, particularly those in the fashion industry.

In many cases, the clothes, shoes, jewelry, etc. supplied to the housemates for their parties and special events became very popular on social media, with the vendors often running out of stock due to the surging demand from viewers.

These small and medium-sized enterprises, mostly Instagram businesses, saw their products receive a higher degree of patronage, interest from Nigerians and citizens of other African countries.

(D) Revenue and Publicity for Entertainers

What better way to get free publicity than to take your new album, show or product to the BBNaija platform?A number of popular celebs gained from the show in this regard.

Innocent ‘2baba’ Idibia visited the house during his ’20 Years A King’ anniversary celebration and he also used the opportunity to launch his first merchandize, with the whole of Africa watching. It was the first time ever the Nigerian music icon would be unveiling the Oraimo Neckband In-Ear Bluetooth Headphones.

Similarly, Basketmouth led a bunch of comedians to the house and while there, he used the platform to remind the viewers about his upcoming ‘Lord of the Ribs’ comedy show. Other artists like MI Abaga and Adekunle Gold also participated in the show ahead of their respective EP and album releases.

Asides from publicity, different sets of artists and disc jockeys were contracted to perform week-in, week-out during the Saturday night parties and live eviction shows. Not less than 30 DJs and entertainers were engaged during the 99 days of the show.

The core objective of the show has always been to give upcoming creatives and entrepreneurs a platform to showcase their skills to the world. With that achieved, a number of the contestants – like those before them – are expected to go on to set up businesses and scale up already-established brands.

Housemates like Mike, Gedoni and Tacha never missed an opportunity to promote their businesses while the pair of Jackie and Seyi made sure the world knew about their respective plans.

And as the businesses of the now ex-housemates grow, they will become employers of skilled & unskilled labour, generate revenue and ultimately contribute to improving the economic landscape of the country.

So apart from contributing its quota in reducing Nigeria’s unemployment rate, the BBNaija platform also serves as a foundation for many businesses and brands to spring up and thrive.